*A sincere thank you to MG and Whiskey On Ice for providing me with the media pass and the opportunity to attend the event as press.

Up until this event, the Twin Cities area hadn’t played host to a large-scale whisky free-for-all. The somewhat burgeoning food and drink scene here certainly makes the area fertile ground, so I think Whiskey On Ice has timed its debut just right. Held in the former Milwaukee Road depot on what is an ice rink in the Winter (more on that here), Whiskey On Ice featured well over 200 whiskies by close to 100 different producers. The pour list was diverse with offering from the U.S., Scotland, Canada, Ireland, Japan, France, and Taiwan. Along with the expected big name Bourbons and Scotches, there was also a decent selection of “craft” distillers including a couple of local companies.

If there’s any hope at all at keeping this even marginally brief, here’s a look at the highlights (and a lowlight) of the show… 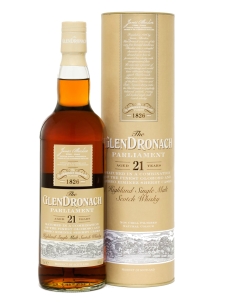 Best in Show:  The Glendronach Parliament 21 Year Old. Perhaps unwisely, I came back for seconds and possibly thirds of this one. I think quite a few others did as well. Matured entirely in a combination of Pedro Ximénez and Oloroso casks, this is wonderfully sherried and rich, yet balanced and bright, with an underlying complexity and strength. It doesn’t hurt that for around $130, this 48% ABV, full-sherry-matured malt is a relatively great value these days. The far-too-expensive Macallan Rare Cask across the hall was actually pretty good, but it didn’t hold a candle to this beauty.

Worst in Show: Haig Club Single Grain Whisky. This was so bad, I had to try it twice because I thought there was something wrong the first time. There is no redeeming quality here whatsoever, no nose to speak of, a watery, flaccid palate, an ugly cologne bottle and a ridiculously high price tag. Nikka’s Coffey Grain was at the show as well, only it came in a proper bottle with no-frills labelling, no superstar athlete endorsement, and was approximately 438 times better. Haig Club was an insult to every whisky at the show…including the beer. My notes on this one were as follows: “HORRID SHIT.”

Most shocking news: “Shocking” is perhaps an exaggeration, but I was surprised to hear that Nikka Whisky’s Taketsuru 12 was being discontinued. Probably old news, but it was news to me. It seems an uptick in demand from abroad in China and from at home in Japan (possibly due to the popular TV series about Rita and Masataka Taketsuru) has put enough pressure on Nikka that they have scrapped the 12 year old blended malt in favor of a non-age statement version simply called Taketsuru Pure Malt. The new expression is very similar…at the moment. It will be interesting to see how it “evolves”. In any case, at least here in the US, if you like Nikka, stock up now, because it’s going to get a bit scarce.

Most Suspicious Bit Of Info:  I like Oban quite a bit, so it was nice to try their “Little Bay” release. I found it pretty good, fairly Oban-ish in character, but what does the addition of a less-expensive non-age-statement (NAS) expression mean for this small distillery’s stalwart 14 Year Old? I was told there was no danger to the 14 Year Old, and that the Little Bay was created with stocks around that used for its core expression. However, given the industry’s trend towards NAS whiskies, it’s hard to imagine Little Bay not having some effect on the modest output of this distillery. Perhaps this is cynical and uneducated on my part, but I guess we shall see…

Distillery That Lived Up To The Hype:  That’d be Kavalan. Tasting through the King Car Conductor, Concertmaster, Single Malt, and two single cask expressions, the “award-winning” Vinho Barrique and Ex-Bourbon Cask, left no doubt that this Taiwanese Distiller is on to something really good and is actually living up to all the recent hype. Of the five presented, I think my favorite was the Ex-Bourbon Cask. 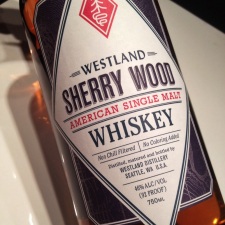 Biggest surprise: Hands down, Westland Distillery. Founded in 2010, this Seattle distillery is fairly unique among American distillers in that focuses solely on single malt whiskey. An interesting mix of Scottish tradition and American innovation influenced by beer-making has yielded some quite impressive, mature-beyond-their-years booze. The flagship American Single Malt has a complex, grain-forward profile, The Sherry Wood adds a layer of fruit and spice on top of that, and the Peated expression rivals young ones from Kilchoman and the English Whisky Co. Definitely looking forward to exploring this distillery more.

Biggest Local Surprise:  The lightly aged rye and wheat “Prototype Series” from St. Paul’s 11 Wells were signs of very good things to come from this young distillery. Each had impressively distinct and delicious grain character. They were both aged in five gallon barrels for approximately four months, which helped take some of the raw spirit edge off and really let the quality of their well-crafted distillate come through.

The Importer/Distributor With One Of The Coolest Portfolios Out There:  Easy, Anchor Distilling. With the likes of Glendronach, Glenrothes, BenRiach, Kavalan, Nikka, Old Potrero, and more in their stable, Anchor has a focused, incredibly high quality and diverse range of whiskies.

Other Notables Worth Noting:  There were two Glenfiddichs that aroused some interest. The first was their very nice Excellence 26 Year Old which was aged entirely in ex-bourbon barrels which is notable because it’s the first Glenfiddich to be aged entirely in ex-bourbon barrels. Judging by the relatively pale color of this one, quite a few second-fill casks were used as well. It was deliciously smooth and fruity, very elegant and nuanced, which isn’t how I usually think of Glenfiddich. The second was “The Original 1963” which is a …an interpretation of the first single malt put out by Glenfiddich back in, you guessed it, 1963. This NAS whisky was aged solely in ex-sherry casks, just as the whisky in 1963 would’ve been. It’s definitely a younger whisky, but also a fairly good one. It’s an oaky, fruity, more brash take on the Glenfiddich we’re used to.

All in all, I think this was a very successful, well-organized debut for Whiskey On Ice. For a new show in what is not really known as a big whisky market, I thought the pour list was good. Hopefully, more distillers and brands (independent bottlers, I’m looking at you) will be more inclined to join the party as this event, and the scene in general becomes more established. I thought the venue was great, the huge, old rail shed provided a unique and inviting space. I know the VIP hour was sold out, and the general admission may have been close to that as well, but there was plenty of room to navigate all evening long, it never felt overly crowded. I thought the schedule of the day/night was arranged well. There were four master classes held before the main event, and one held during. I was not able to attend any myself, but those I spoke to that did, only had positive things to say. My only complaints about the show were food-related. About halfway through, I took a break for a little dinner and found the pickings were pretty slim. There was also not really much space (nor tables) made available for eating comfortably. Food is a key ingredient in being able to navigate 3-4 hours of tasting whisky, it’s helpful to take a break and eat. Hopefully next year, there will be a bit more attention paid to that aspect of the show. Other than that, I had a great time. It was nice to catch up with some old industry friends as well as meet new ones. In particular, very nice to meet fellow Minnesota blogger Eric Burke who writes about American whiskey over at Bourbon Guy. Well done, Whiskey on Ice, definitely looking forward to next year.