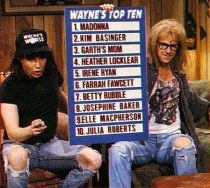 Looking back over the previous year-end lists I’ve put up, there’s a distinct trend to them all. Each year I sound surprised and disappointed that I didn’t explore the world of whisky as much as I wanted…and by the time the next year’s list rolls around, I’ve explored it all even less. Such is life, I suppose. Relatively speaking, this year was particularly whisky-free for me. A lack of time and a lack of money conspired to make whisky (and writing about whisky) hardly more than an occasional afterthought. A bit of fatigue with the industry and surrounding community didn’t help matters either. Still, once I got the family settled into a new abode, things started rolling again, and while time and money are still only available in very limited quantities, a bit of renewed energy for it all should make 2015 a bit more interesting, whisky-wise. Probably not, but you know, a boy can dream…

So with very little fanfare, here’s a hastily assembled list of a bunch of crap, some of it whisky-related, some of it only related to whisky because I happened to be sipping some whisky while relating to it.

BEST COST-BE-DAMNED EXCUSE TO ENJOY SOME OVER-PRICED WHISKY:  Buying a house. My whisky-loving father showed up on my new doorstep with a bottle of the new Mortlach Rare Old (it’s neither). After renting for approximately 243 years, the wife (let’s call her Sherry Butts) and I finally took the plunge and bought some property. I was excited about that. My dad was excited about that. It was the perfect occasion to enjoy a whisky we were both curious about. Is the Rare Old good? Yes. Is it over-priced? Yes. Given the celebratory circumstances, was it worth every penny? Yes.

SPEAKING OF FATHERS AND SONS, THE BEST COLLABORATIVE FATHER AND SON ALBUM OF THE YEAR:  Being both a father and a son, not to mention a huge fan of the guy, how could I not mention Tweedy’s Sukierae?

THE HIGHS AND LOWS OF BEER:  I probably drank more beer than whisky this year. It’s hard to pick a favorite, so I’ll just mention several local brews that left a mark: Surly’s 2014 barrel-aged Darkness and Blakkr, Dangerous Man’s Chocolate Milk Stout, and Summit’s Herkulean Woods. On the downside, Miller’s Fortune was just a colossal embarrassment for beer, for marketing, for…well, it was just a colossal embarrassment in general, let’s just leave it at that.

HAPPY MOMENTS IN AMERICAN WHISKEY:  Let’s just ignore the soaring prices, and panicky hoopla about the impending shortage and focus on the good stuff, shall we?

NOT SO HAPPY MOMENTS IN AMERICAN WHISKEY…AND SCOTCH WHISKY, TOO: Eh, too numerous, too irritating, and too exhausting. I’ll just toot my own horn and link to my own snarky look at some of the lowlights of the early part of the year.

BEST TV SHOW THAT ACTUALLY CAME OUT YEARS EARLIER BUT I WATCHED THIS YEAR WHILE DRINKING WHISKY:  The British, barely sci-fi series, Black Mirror. Man…we’re screwed, but at least the tech will be cool.

BETTER READ THAN DEAD:  While high prices and increased scarcity are unwelcome by-products of whisky’s surge in popularity, one of the welcome by-products is the small surge in the number of whisky books being put out. 2014 saw a number of good tomes on the subject: Chuck Cowdery’s Whisky Strange, Heather Greene’s Whiskey Distilled, Lew Bryson’s Tasting Whiskey, Warren Bobrow’s Whiskey Cocktails, and Inge Russell’s and Graham Stewart’s second edition of Whisky: Technology, Production and Marketing, just to name a few.

(Now, last year I said, “let’s be nicer this year”. For the most part, I have to say way too many people generally ignored that request (self included). So let’s try this again. LET’S BE NICER THIS YEAR, GODDAMMIT! Stop shooting people, stop hating people, stop stomping on those less fortunate or different, and stop ignoring facts and science and common sense. Just fucking stop all that shit.)

Be nicer this year.

Use your fucking head.