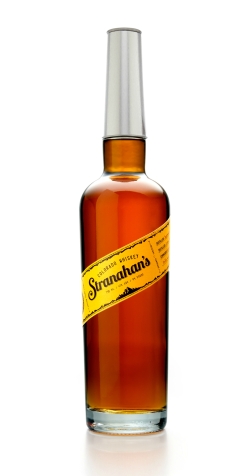 *Sincere thanks to Stranahan’s and Exposure PR for the sample.

The summer before last, I had the opportunity to visit Denver, CO and Stranahan’s Distillery for their first Cask Thief event. It was a great opportunity to see a bit of the area and get to know this elder statesman of American single malt whiskey a little better. Granted, Stranahan’s isn’t really all that old, having got its start in 2004, but the American single malt scene is a fairly young one, so in that regard, the distillery is an old-timer. At the aforementioned event, we had the chance to try, straight from the cask, several different, somewhat unusual barrels which painted an even more complex picture of the whiskey being made there.

Here we are a year and a half later, and with the release in late 2017 of Stranahan’s Sherry Cask expression, I figured it was as good a time as any to revisit this stalwart craft brand starting with their flagship yellow label Stranahan’s Original Colorado Single Malt Whiskey. Over the years, this whiskey has been released in batches and has had both its age and flavor profile evolve somewhat as the maturing stocks grow. Stranahan’s borrows more than a bit from beer brewing in its production, especially in the wort and wash phases which in general favor a more sanitized, filtered process versus what you regularly see in single malt Scotch production. Distillation occurs in squat, hybrid pot/column stills, while maturation happens in new American White Oak barrels that have been first toasted, then charred (at a #3 level char for those counting) by Independent Stave. Currently, the Original is made up of whiskeys ranging from two to five years old. Please note that there is a bit of variation between batches, and while I was not given the exact batch number for this sample, it’s from either #190, #191, #192, 193, or #194. I know…that doesn’t really narrow it down. In any case, they’re now on batch #202, so do with that what you will.

The Nose:  A fruity sweetness and quite a bit of wood influence. Honeycrisp apples dipped in warm caramel sauce along with candied orange slices and a bit of cherry cola. Vanilla bean ice cream, cocoa powder, and a hint of lemon zest. The oak is rather prominent and a little edgy with hints of fresh sawn boards. Baking spice notes, almost gingerbread-esque, with sticky vanilla bean, warm cinnamon, faint clove, and nutmeg, along with a faint whiff of dried mint.

The Palate:  Lightly oily mouthfeel, with lots of sugared sweetness initially. Toasted marshmallow, more caramel apple, vanilla syrup, and crème brûlée. The chocolate is back as well, but it’s darker now, and barely sweetened. The strong oak carries through, too with rough sawn boards, tannic and grippy. There’s continued vanilla bean, clove, and cinnamon with Tellichery peppercorns and a hint of star anise. A subtle, almost herbal grainy quality carries through to the finish.

Thoughts:  The Stranahan’s Original is still a good whiskey. It’s a young, oaky whiskey, but it manages to not seem as young as it is, and pulls off its barrel-forward flavor profile by incorporating a balanced, sweetness, and just enough hints of the raw distillate to keep things interesting. It’s not the most earth-shattering, complex whiskey in the world, but it remains straightforward and distinctive, nicely establishing the distillery’s house style. Price seems to vary pretty widely for this one, from around $45 to $65 with occasional options outside that range. I think it’s a good whiskey to explore on the low end of that scale, but on the higher end, I think I’d opt to shell out a bit more for the even more refined Diamond Peak.