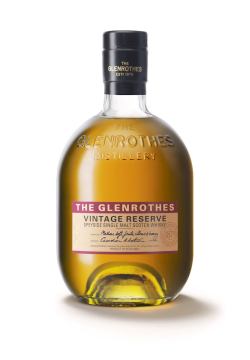 *Sincere thanks to NP, LB, and the Anchor Distilling Co. for the sample.

So, the word “reserve” comes, via the Old French reserver, pretty much directly from the Latin reservare. Not surprisingly, reservare is a combination of servare, meaning to save, keep, or protect, and re-, meaning…back. The noun version of the word, which is what we’re dealing with here, has roots in all that Latin and Old French and hails from the Middle French (1600’s), réserve, meaning “something stored up.” I’ll give you a moment to catch your breath.

In the marketing world, “reserve” is a widely used, rarely explained, nebulous term slapped on a product to make us think that it’s rarer and more special than the stuff we usually see. Specifically in the whisk(e)y world, “reserve” gets tossed around quite a bit. Occasionally, it’s an apt descriptor, but usually it’s just a more or less meaningless marketing ploy. Bottles labeled with things like “Distiller’s Reserve,” or “Founder’s Reserve” or “Family Reserve” were most likely not made from whiskies set aside specifically for that expression. They were also most likely not reserved by who the labels say they were reserved by, and they’re usually not expressions that are all that limited or, shall we say, reserved to begin with. But marketing does seem to work, otherwise there wouldn’t be so much damn marketing. No one yet has made a Janitor’s Reserve, though seeing as most of the big companies are willing to try anything at this point, I wouldn’t rule it out.

The Glenrothes Vintage Reserve is one of those rare expressions where the “reserve” part of the title actually makes a bit of sense. The Glenrothes is well-known for being one of the few Scotch producers to highlight vintages more than age statements. For the Vintage Reserve, they’ve dipped into the reserves of 10 different vintages covering (barely) three decades of distilling: 1989, 1992, 1997, 1998, 2000, 2001, 2004, 2005, 2006, and 2007. The malt from 1998 is said to be the largest proportion used, but I’m guessing that’s the largest proportion of a single vintage. This is an approximately $50 bottle of whisky and there are very few if any $50 18 year old whiskies around these days. So while the 1998 whiskey might be largest proportion of a single vintage, you can bet that a combination of the youngest whiskies used here make up an even greater percentage. The Vintage Reserve has been matured in a variety of casks; re-fill bourbon, American oak re-fill sherry, and European oak re-fill sherry.

The Nose:  Glenrothes-y. This definitely has that honeyed, mildly earthy, slightly funky, sherried sweetness I associate with the brand. There’s raisins, stewed prunes, fig paste, and a hint of spiced orange. Behind that, caramel, nutty marzipan, a bit of milk chocolate. The oak influence is soft and worn with notes of vanilla bean, powdered ginger and cinnamon stick. There’s a slight youthful edge initially, but it’s unobtrusive.

Thoughts:  Good stuff, very pleasant. I find this to be a much better introduction to Glenrothes than the Select Reserve. It shows off the sherried Glenrothes character in a somewhat mild, very approachable way. Yes, there are older whiskies in here, but like I said, we all know the largest percentage used are probably the younger ones. Though there are some youthful edges, this doesn’t necessarily drink like a young whiskey, the maturity is as evident as the youth. Overall, it’s balanced, integrated, and progresses nicely from start to finish. This is very enjoyable, drinkable, more-ish whisky, and a good value for around $50. Recommended.