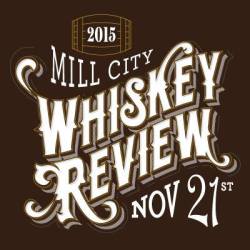 *Sincere thanks to The Mill City Whiskey Review and Half Full Productions for the media pass.

I recently attended the first installment of The Mill City Whiskey Review, which was the second big whiskey-focused expo held in Minneapolis this year. Two in one year after years of no big whiskey shows at all? A veritable torrent of whiskey…well done, Minneapolis. The event was held in the aptly named Minneapolis Event Center, an exposed brick and beam space appointed with the requisite modern textures and lighting located in the riverside part of town called St. Anthony Main. The Mill City Whiskey Review (let’s call it MCWR, shall we?) seemed to fly under the radar a bit in terms of publicity and social media saturation. I learned about it a little over a month before, and ticketing had not begun much before that. Despite that, I’m happy to say the event was very well attended. 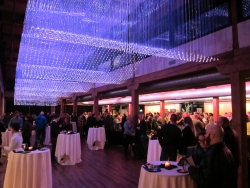 The MCWR had a much more casual feel to it compared to other large-scale shows I’ve attended. The pour list was smaller, around 90 spirits, and somewhat unremarkable in that it was made up of mostly big-name, accessible bourbon, Irish, Scotch, and Japanese brands. There were a handful of “craft” distilleries as well. There were no independent bottlers and very little in the way of higher-end, more exclusive selections. However, this seemed to fit the purpose and style of the event well. It was less a show for whisky geeks (at times, an insufferable crowd) and more for the refined reveller who was looking to simply expand their whiskey horizons a bit. Even the tasting glass, a low-ball tumbler rather than a tulip-ed nosing glass, helped the evening feel less academic and more about the fun. The atmosphere was lively, intimate, and social, with very little attention being paid to how long that new Johnnie Walker Select Cask spent in a rye barrel.

Those looking to delve a little deeper into whiskey geekdom were not left out in the cold, however. VIP ticket holders also had access to seminar on peated whiskies lead by Laphroaig/Beam Suntory ambassador Brant Foehl. The capacity group was led through six whiskies: Auchentoshan American Oak, Hakushu 12 year old, Connemara, Bowmore 15 year old, Laphroaig 18 year old, and Laphroaig Cask Strength 10 year old. It was a nice range to lead one through non-peated to very peated, though as it seemed most of the crowd were already fans, Foehl was preaching a bit to the converted. Nonetheless, it made for an entertaining break from the main room crowd.

Since the pour list was, as I mentioned, made up of more standard fare, I didn’t find anything new (or old) that really knocked my jaded whisky-snob socks off. But, in no particular order, here are a few thoughts worth mentioning…

Local Goodness I Was Already Sold On: After being introduced to St. Paul’s 11 Wells Distillery at this years Whiskey on Ice, I was pretty much on board as a fan. So far, their young spirits do a great job showcasing the ingredients with which they’re made. At the MCWR, 11 Wells expanded even further on that theme. Along with their whiskeys, they’ve come up with a line of cocktail-oriented products like their Dry Wermut, a sweet-ish dry vermouth based with Minnesota-grown grapes, as well as a trio of expressive bitters, including the five-spice-esque Chinese Secret. The whiskeys poured at this show were just a little older than the ones from earlier this year (go figure), and showed that same excellent grain character. New to me was a wheat whiskey and their very nice peated single malt, which to my mind, shows signs of being right up there with the young Westland and Kilchoman peated malts. These guys are doing it right.

And While We’re On The Subject Of 11 Wells:  Master distiller/liqueur maker/bitters concocter Lee Egbert has also recently founded Thirst Network, a cool sounding new media project focusing on all those things that help us get rid of thirst: spirits, wine, beer, coffee, tea, sodas, etc.

Another Nice Midwestern Surprise:   Obviously, one of the best things about a show like this is having the chance to taste several similar spirits and experience their range of quality. Along with 11 Wells Rye, southwest Michigan’s Journeyman Distillery stood out above the small crowd of “craft” distillery ryes by showcasing great grain character in their young but pleasingly drinkable Last Feather Rye Whiskey. 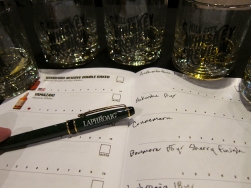 One That Will Be Missed:  Earlier this year, when Laphroaig announced it was discontinuing the 18 Year Old, it was a sore blow. Adding salt to the wound, the beloved and departed 15 Year Old made a teasing, limited re-appearance but will continue to only be just that, a limited edition type release. It’s never welcome news when it seems a brand is doing away with all its age statement malts. So it was a nice surprise at the VIP seminar to find a bit of the wonderful 18 Year Old in a glass and enjoy it one last time.

Surprising Find of the Night:  Outside of an independent bottling or two, I’ve not tried much Glen Moray. I feel like they’ve always had the reputation of being a decent whisky that’s priced well below the competition. Having the chance to taste through their range more or less proved that point. Specifically, I thought their Port Cask Finish was a bit of a surprise and a great value. For around $30, it’s a well-crafted, no-age-statement malt that shows off the Port influence nicely, making it a pleasing and accessible introduction to cask-finished whiskies.

Best Sounding Guy In A Skirt:  Easy, that would be Dennis from Merlin’s Rest, taking a break from pouring Teeling whiskeys to belt out a few tunes on the bagpipes. Who doesn’t love bagpipes? No, seriously, I love them…doesn’t everyone?

Most Sobering Realization of the Night:  Outside of the 9 or 10 “independently” owned brand booths, the other 80 or so whiskies being poured were owned by just 7 parent companies. Beam Suntory’s brands made up nearly a third of what was offered. While not necessarily a good thing or a bad thing, (though variety is the spice of life) it just goes to show how much consolidation there has been in the industry, and the wide net that is cast by these large companies hoping to snare your cash. 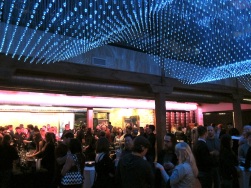 Overall, the MCWR was good first-time event. Whether or not the more casual, introductory atmosphere was intended, it worked fairly well. I think there is room for this kind of event alongside larger events such as Whiskey on Ice or Whiskyfest that feature deeper, more interesting though possibly overwhelming pour lists. The regular ticket price was very reasonable, being much less costly than those bigger shows. However, I’m not sure the whiskeys offered early and the seminar made the VIP price worth it. Perhaps more notable bottles earmarked for that ticket would add more value. Though I hate to mention it because I feel like I’m always mentioning it, there needed to be more food. What was there was fine, but it wasn’t there long enough. I don’t expect to be served dinner at these things, but access to a little food throughout the night does wonders for one’s outlook the next morning. So, like I said, all in all, it was a good event. I hope there will be a second one and look forward to watching the Mill City Whiskey Review grow.